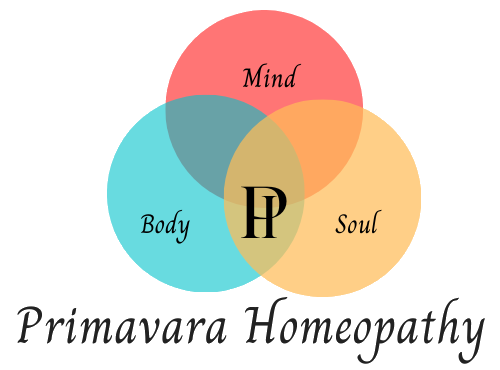 It was a summer time. One lady of 35 years old visited me for complaint of skin rash on her both hands. The skin rash was very red, swollen and itchy. It was diagnosed as urticaria. She tried all sorts of medication but with temporary relief. In the detailed history it was revealed that she is suffering with this complaint since 2 years and very particularly it comes during summer time when she is on holiday. So I enquired further as to what had happened exactly before the start of the complaint during holidays. And she replied that during holiday we come to my in-laws place to meet and spend some time with them. I said, OK. Then what happened? She replied, actually doctor, nothing big happened as such but I get irritated by the comments passed by my in-laws. Passing comments is very normal for my in-laws. Everyone is used to it. But somehow I am not able to tolerate it and I cannot let go it. It makes me very angry but I cannot express it. And 2 years back my in-laws directly passed comments on me in front of guest and the very next day severe itching started on my body. I then explained her how her suppressed anger affected her skin and why all other medicine worked temporarily in her case. Initially it was difficult for her to accept that the cause was stress but with the explanation she understood it and with personalised medicine recovered soon. The presentation and location of disease talks about the probable causative stress and so in her case the intense redness and severe itching talked about degree of anger suppressed in her.

Most of the diseases and disorders have one of the underlying causative factors as Stress. But interestingly whenever a doctor tells to the patient that it is stress related or in other terms Psychological, after ruling out the entire material causative factor, immediately the patient’s facial expression changes from worry to most negative expression. This tells us how much negativity is linked to the word Stress.

As per my observations, this negativity is because of lack of awareness about the word Stress. People think about the word Stress as something abnormal. And this makes it more difficult rather challenging for doctors to treat patient as patients are not ready to accept this causative factor due to the kind of associated stigma. Patient starts thinking, ‘what other people will think about me?’, “I am not psychologically ill.” Etc.

But in reality, Stress is not always psychological; though our body is governed by our mind the stress can be physical. According to Webster dictionary, Stress is a state resulting from constraining force or influence such as, excessive physical workout, excess household work, too much of walking/ running/ playing, lifting heavy weight or anytime overusing of any part of the body can lead to physical stress and strain. If we observe and analyse ourselves carefully then we can minimise this physical stress.

Many times hearing of the diagnosis itself creates added stress, because of its association with different stories and the news.

Some people are addicted with certain habits since childhood. For example, being punctual in everything including meal time and sleep time. Being punctual is off course a good habit but when any good habit becomes rigid it starts to create invisible stress on an individual and this stress is being transmitted to his/ her environment creating more negative environment. When a person becomes very rigid about following time, he/ she cannot enjoy holiday’s or he/she cannot relax anytime because if he/she miss something, for example lunch time during holiday then all sorts of anxiety starts to creep in which leads to increase acid secretion causing hyperacidity. Similar mechanism happens when he/she miss sleep time.

We never realise that habits can become a stress to someone. In above example it not a fault of an individual but it is an environment where an individual is brought up. By having an awareness of this, one can become flexible and stress-free with practice.

Similarly our perception of ourselves and our surrounding can create stress. As we have seen in the above case example. The lady perceived the comments passed by her in-law as a “stinky” and wanted to get rid of it but she could not. This lead to secretion of certain chemicals in her body affecting her skin. Whereas other members of the family were not affected as they have accepted that fact and were able to let go of it. Until and unless patient is made aware of what is happening in the body and given personalised medicine by considering this causative factor, the disease will not be cured completely.

In today’s competitive world we all are victims of constant invisible stress and hence there are rise in lifestyle disorder, autoimmunity and cancer.

All these invisible stress factors work as a constant irritation to body. Any constant irritation leads to lifestyle disorder, autoimmunity and cancer. Hence with proper education, awareness, following good practices and when needed, taking personalised medicine, we can overcome them.

People do Yoga, Meditation and Workouts in Gym to remain fit but if you add this little introspection into it then you can achieve healthier life.

An Invisible Stress…. Yes it is Invisible but not Impossible to overcome it.